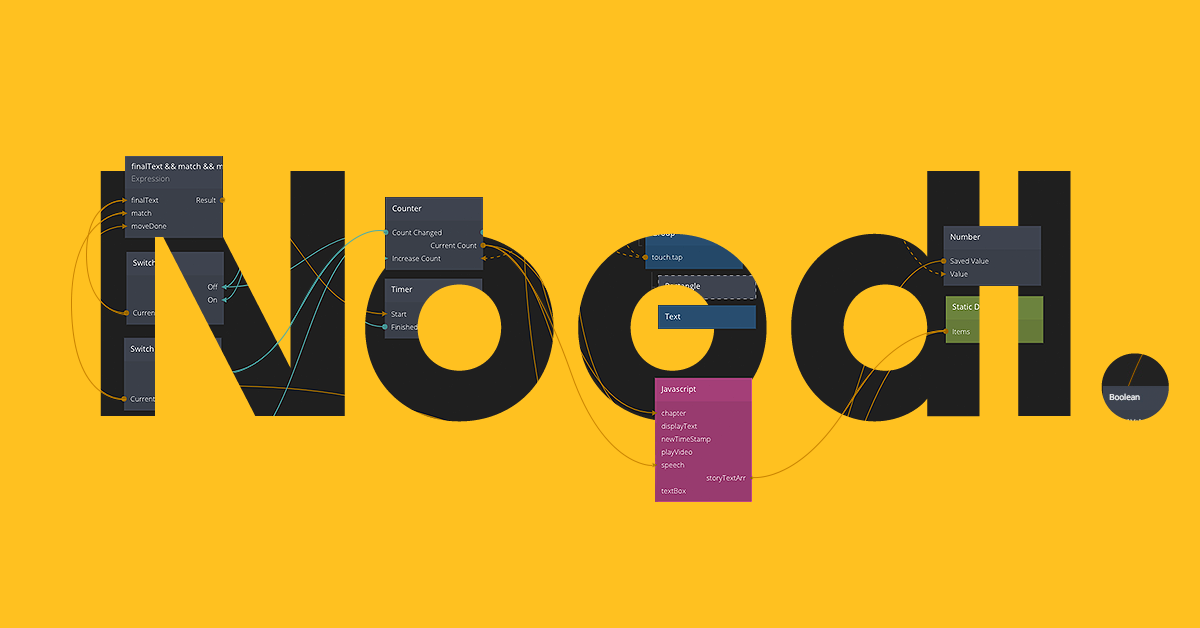 Where we're going with Noodl

Finding a bigger purpose for Noodl

The Noodl team is spinning out a new company dedicated to the growth, impact, and development of Noodl as a full-fledged low-code platform that will be the best way to go from your designs to MVP to deployed, scalable applications.

As we’ve been developing Noodl over the years we’ve known that we have been building something unique that many people around the world love - but as a company, particularly over the past 12 months, the demands on the platform and our operations have had a separate cadence and direction from the design and innovation consultancy where Noodl first originated, Topp.

Noodl has built a small and enthusiastic community, but we have always wanted to give more attention to that community who loved the platform. It also became apparent that Noodl has the potential for massive reach and impact, but no matter how exciting the platform requirements were that came from our own ground breaking design projects under Topp, we also needed to solve the problems the rest of the world needs in order for you to really be empowered.

So now we have set course for our own journey at the pace and direction it needs to support all of you.

Background on the shift

We had also taken the decision to replace the proprietary WebGL-renderer for the graphics and move over to React. This made it much easier to use what’s already out there in the React community as well as other web components, such as graph engines, map views or rich text editors.

These central evolutions have opened up our ability to not only prototype with Noodl, but a low-code development platform that actually brings power to deliver differentiated, meaningful user experiences with it.

Low-code for when experiences matter

Looking around in the low-code and no-code application development platform market we can see a huge interest and need - driven by the digitalization trends which puts difficult requirements for companies to put together capable full stack development teams and make them deliver faster than ever before.

Low-code tools have generally addressed this by hiding complexity and removing options. This lowers the bar for developers and speeding up development. As a developer you typically work with pre-built skinnable components and application templates. However if you really want to customize, you will go back to traditional coding.

This is contradictory to another big trend we have been at the center of through our design consultancy - the rise of user centered design and the business value of customer experience.

The last couple of years, the designer and the user researcher have really become a key member of every product development team. By getting to know your users quantitatively or qualitatively, you can shape tailor made experiences, optimized for your users and your business.

Noodl is the tool that can connect all of these needs, the need for a faster and more effective development and the need for highly tailored experiences.

We are just putting together our first release of Noodl 2.1, based on this new direction and testing it with a first user group to flush out any critical issues. We will expand the user group more and more over the coming weeks and months.

This is only the first exciting step in our new journey where we will continue to expand the power and feature set that enables developers and designers working with Noodl to work super fast, test experiences, and deploy apps.

The team is already hard at work building import workflows from design tools like Sketch and Figma as well as features for better structuring your front-end logic and back-end glue.

We are also excited to be able to finally have full focus on the success of our users and engaging with the community.

Looking forward to update you on this journey soon again!

Anders & James, and the rest of the Noodl team.

PS. If you feel that you should be part of the early Noodlers group, sign-up for early access here!