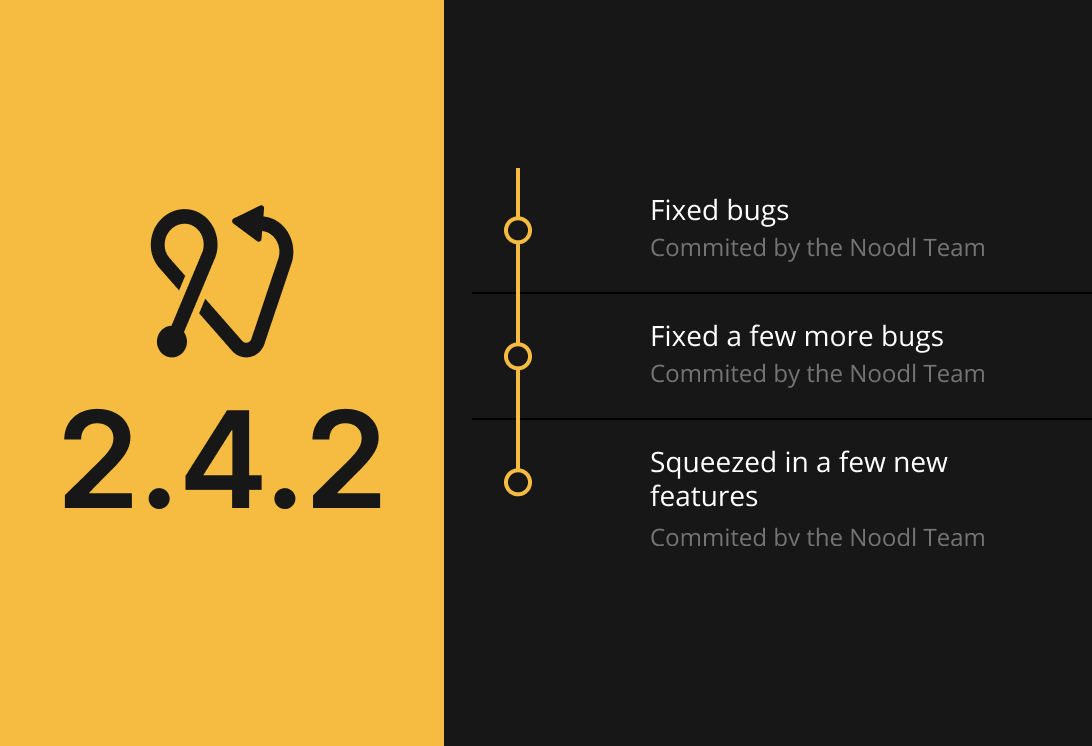 This release addresses issues that's been reported in our last major release. Thanks to everyone who helped us by reporting bugs!

Beyond bug fixing, we managed to squeeze in a few new features as well.

And don't miss the new "Custom HTML" module that allows you to embed HTML anywhere in the Noodl visual tree. Great for youtube embeds and much more: https://docs.noodl.net/2.4/#/modules/custom-html/

Get started for free