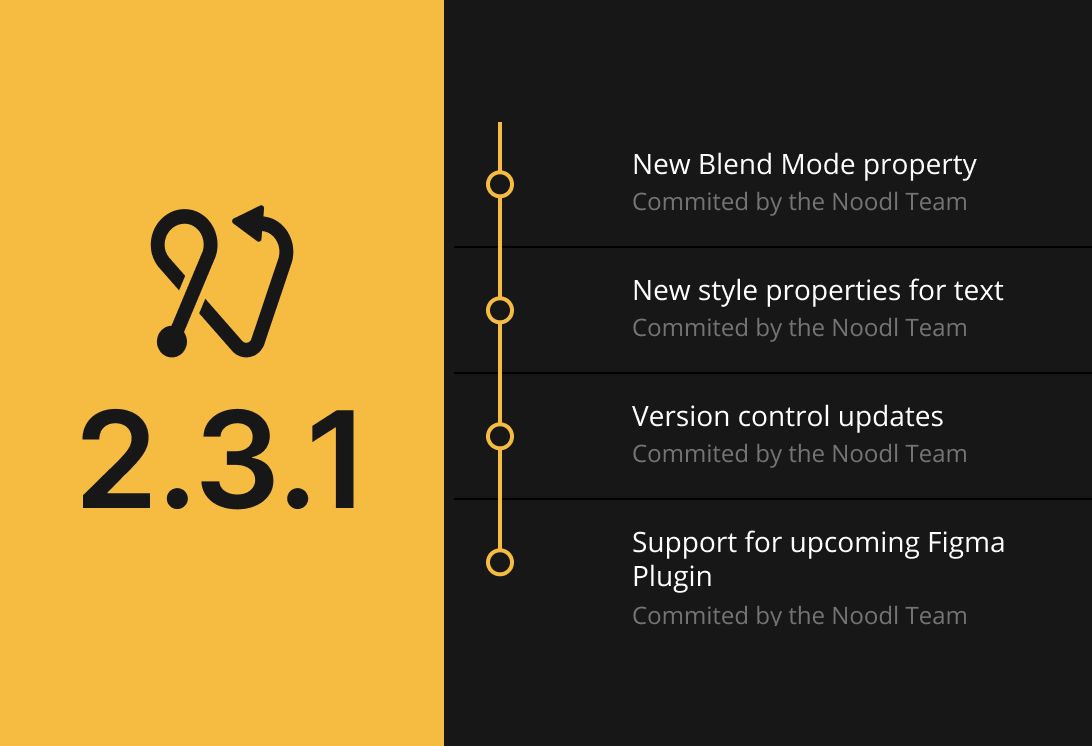 Get ready for Noodl 2.3.1. This release focuses on polishing the version control feature, adding some styling properties, and bug fixes. This release also supports the upcoming Figma plugin which will be available shortly, so stay tuned.
‍

Some minor tweaks to the behavior:

...and support for upcoming Figma plugin

Read more about in here: https://docs.noodl.net/2.3/#/guides/figma

Get started for free!