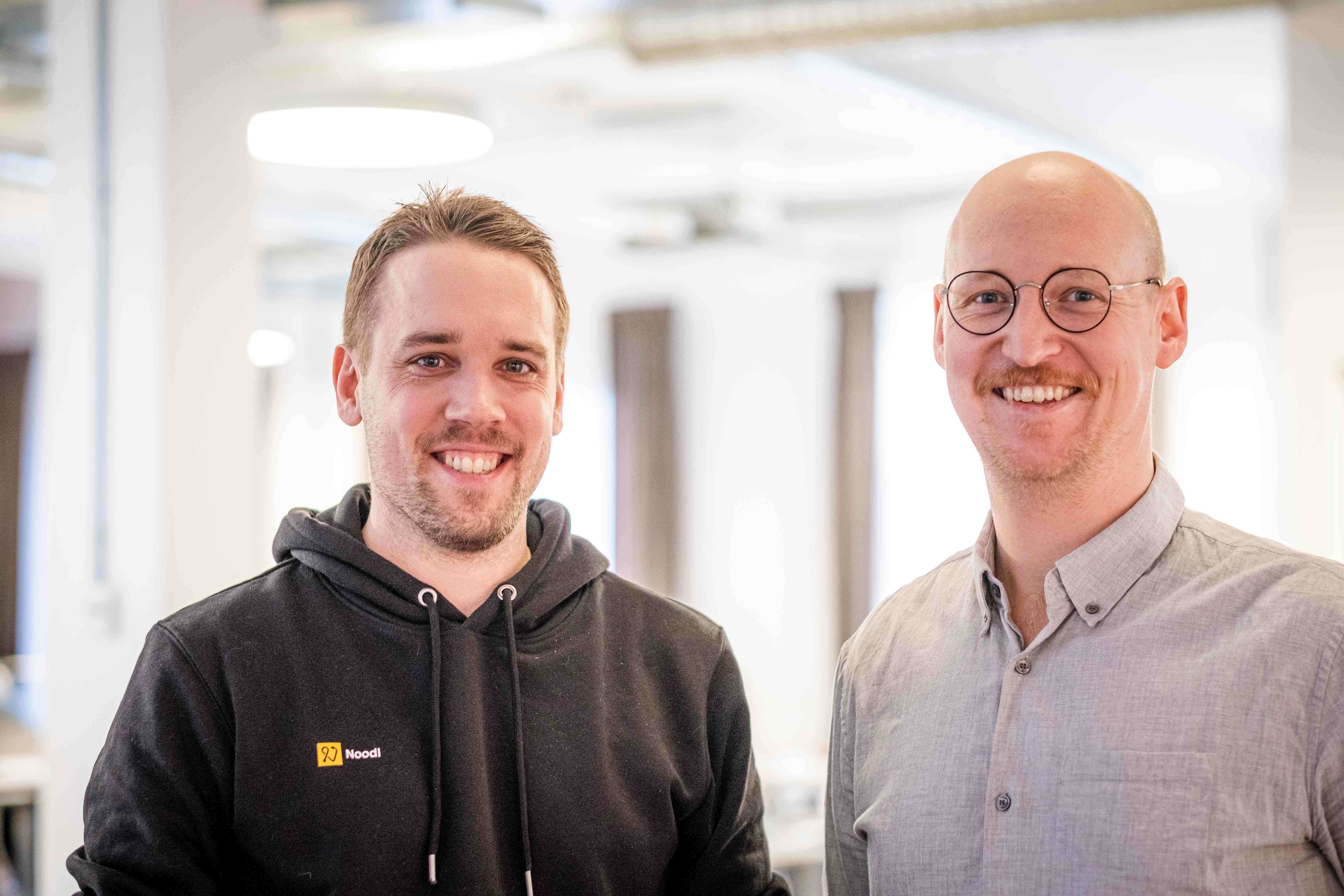 We're thrilled to announce a €1.5 million pre-seed round of financing from the European fund, 42CAP, an industry-specialized German fund based in Munich.

Noodl, which was first conceptualised and developed inside the cutting edge design and innovation company, Topp, is developing a no-code software platform for people to build and ship advanced web apps without sacrificing the product or technical vision.

The founding team is a mix of leadership and previous founders of Topp and The Astonishing Tribe (TAT), which shipped mobile UI software in over 1 billion devices, designed Android for Google, and was later acquired by BlackBerry.

“Having worked on defining groundbreaking apps, design systems, platforms, campaigns, and operating systems for around twenty Fortune 100 customers, we needed a professional platform to bring that software to life without code and without sacrificing the UX or technical features. This simply didn’t exist, so we created Noodl to solve this problem.” - Anders Larsson, Co-founder and Head of Product.

Noodl differs from the current generation of on-rails no-code platforms by giving users a high degree of design and technical control. Both for the front-end development and all of the logic and data handling. Additionally, extending Noodl with javascript is encouraged.

This control has proven particularly critical for companies that have used Noodl for innovative application development, MVPs, and prototyping, such as Nike, Walmart, GSK, Samsung, and a wide array of startups and consultancies.

Noodl provides users with a robust visual programming language (instead of code or step-by-step forms) to create custom applications. The building blocks - of which there are many types, such as visuals, logic, data, or third party modules - can be moved around as simply as Legos by non-coders to build and deploy applications.

For many, Noodl serves as an ultra-flexible front-end builder that easily glues together internal and external APIs and business logic, maximising the time that innovative team members can spend building the application experience without any classical engineering bottlenecks.

The platform is full-stack and includes a built-in database and a growing library of modules (plug-ins), such as Mapbox, GraphQL, Zapier, Google Sheets, and animation and design systems.

The platform is gaining traction with a new generation of creators and innovators who demand refined control of UX, brand, and product capabilities without the traditionally linear and complex processes that coding requires or the limitations of “on-rails” no-code tools.

Noodl calls these users Design Programmers - a new breed of users who can use design-driven processes throughout each phase of software development and not be slowed down by needing to source software engineers.

Not only does Noodl look to supercharge an emerging Design Programming profession, but it also breaks old assumptions around the traditional product development process. By making everything you do in Noodl production-grade and shippable software from day one, Design Programmers can continuously run in-market experiments with robust UX and brand experiences.

Noodl is helping individuals and companies unlock their innovative potential by providing more autonomy in creative software development to the most creative individuals within any given organisation.

“This fundraising round will allow us to reach and support more users on the platform. We are continuously growing our third-party integration capabilities and making continuous improvements to Noodl’s unique capabilities, new hosting options, and workflows,” says Haliburton.

Julian von Fischer, from 42CAP, says: “We are currently experiencing a paradigm shift of how applications are built, allowing design programmers to create full-production apps within days instead of months. Noodl was the first solution we have seen enabling developers in enhancing their abilities rather than placing them into a walled garden, limiting the outcomes to simple prototypes. We were immediately excited and impressed about the powerful platform the team has built in the past years and are looking forward to the common journey.”

Thousands of users have used Noodl for a wide range of design and software challenges, and its growth is accelerating.

The Noodl mission:  “Empower an emerging generation of non-coding software creators with tools that enable them to create visionary software.”